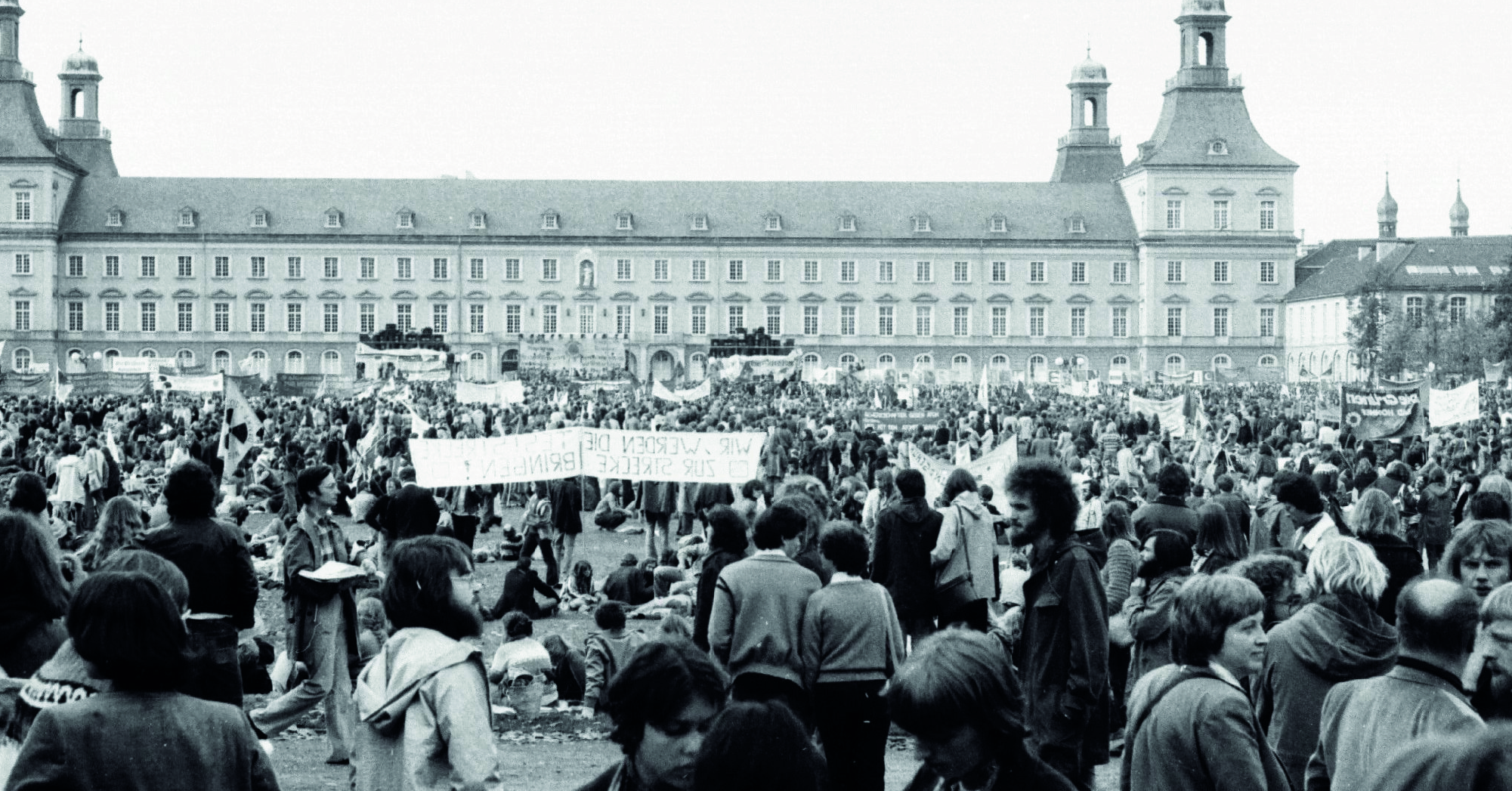 Germany would not be Germany if the anti-nuclear power movement had not existed. It is one of the most influential social movements after the Second World War – at a time marked by fear of the global nuclear conflict and the possible consequences of nuclear war. It reaches far beyond the German borders.

However,what does the anti-nuclear movement have to do with us, with a company that makes biocompatible and eco-compatible detergents? At first glance nothing. The story of Almacabio begins in fact in the city of Ulm, in Bavaria, thanks to three students named Alfred, Marga and Carin. Sharing common interests in chemistry, design and economics the three decide to produce ecological detergents during the occupation of construction site of a nuclear power plant.

At that time, eco-friendly detergents hardly exist and this cutting-edge experiment is perfectly coherent with the climate in which the German anti-nuclear power movement develops, the latter being one of the strongest and longest of its kind in the world. It starts in fact in 1977 and lasts, between highs and lows, until 2011. Its main characteristic is its power of persuasion and the power to mobilize people around its cause.

This can be seen already in 1977 at the first “mobilization” of the movement – the protest against the nuclear waste repository Gorleben. First, it is only locals against the repository, 20,000 people march to protest against the plans of the federal government. Only two years later, it is already100,000 people marching from Gorleben to Hanover. Students, teachers, civil servants, farmers. The movement goes across all social layers and across the whole republic. What’s more, it gets the ball rolling internationally as well. More and more Western European countries are protesting against nuclear power plants and the horrors of nuclear war.

It is this mixture of utopia, commitment and environmental awareness of the anti-nuclear power movement of 40 years ago our company is based on.